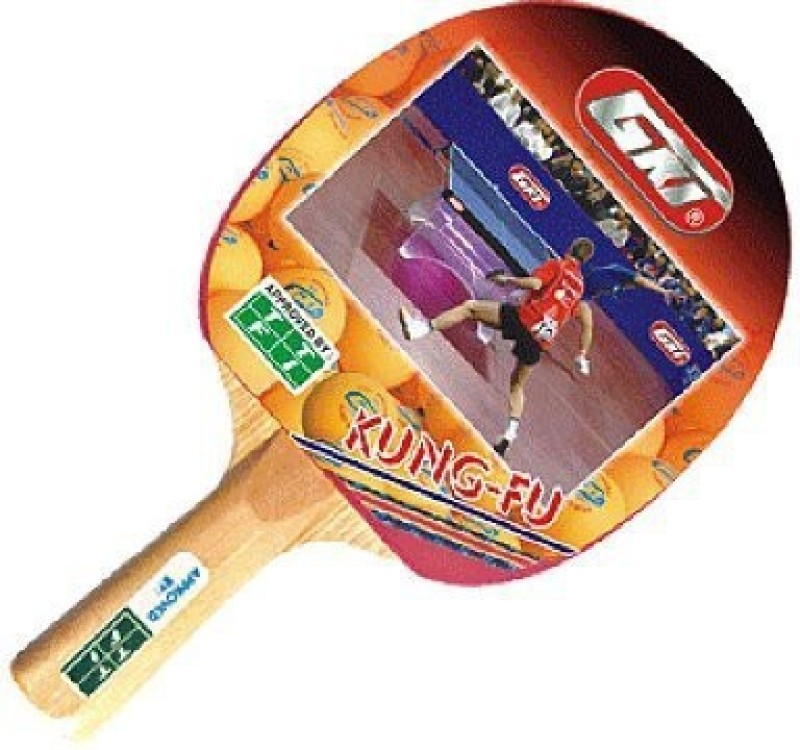 Also known as the king of all Table Tennis Bats these ping pong rackets are well renowned amongst world class table tennis players due to their spectacular quality and reasonable prices. These ping po...more▼

GKI may refer to:

Kung or Küng may refer to:

Multicolor is a subtractive natural color motion picture process. Multicolor, introduced to the motion picture industry in 1929, was based on the earlier Prizma Color process, and was the forerunner of Cinecolor.

For a Multicolor film, a scene is shot with a normal camera capable of bipacking film. Two black-and-white 35mm film negatives are threaded bipack in the camera. One records the color red (via a dyed panchromatic film), and the other, blue (orthochromatic). In printing, duplitized stock is exposed and processed with one record on each side. In a tank of toning solution, the film is floated upon the top of the solution with the appropriate chemical. The cyan record is toned a complementary red with a copper ferrocyanide solution, and the red being toned blue/cyan with ferric ferrocyanide solution.

A sequence in Hell's Angels (1930) was filmed in Multicolor, but printed by Technicolor, as Multicolor could not yet supply as large a demand of printings in such a short amount of time. Multicolor was also utilized in several cartoons of the era.

A 15-second, behind-the-scenes clip in Multicolor of the Marx Brothers filmed on the set of Animal Crackers (1930) exists as part of a Cinecolor short subject entitled Wonderland of California. The first feature filmed entirely in Multicolor was The Hawk (1931), which was re-released five years later in Cinecolor as Phantom of Santa Fe. In 1932, the next (and final) all Multicolor feature, Tex Takes A Holiday (1932), was released.

The Multicolor plant closed in 1932 and their equipment was bought by Cinecolor in 1933.

Year 480 (CDLXXX) was a leap year starting on Tuesday (link will display the full calendar) of the Julian calendar. At the time, it was known as the Year of the Consulship of Basilius without colleague (or, less frequently, year 1233 Ab urbe condita). The denomination 480 for this year has been used since the early medieval period, when the Anno Domini calendar era became the prevalent method in Europe for naming years.